Part 6, The Miniatures are Done, and the Game Itself!

Well, the game is in the record books. It ran, I got two players (a third was supposed to show, but sadly, he was in a car accident and was unable to make it, he's alright, but life, sadly, happens.)

In any event, first, I fixed that dreadful looking snow, and I mean it was dreadful. So, I did some research online, and thank god for youtube! I found a tutorial that worked and voila! Snow covered bases! Granted, they looked a bit more like a blizzard than a Iceland like effect I was going for, but adding some Army Painter tufts helped to break up the monotony of the bases. I rather liked how it all turned out, in retrospect.

As for decals, I used a mix of Fighting Piranha Graphics, and a fellow on ebay known as MatCatFrog. He makes some hard to find decals, but they are on pretty thick paper, and I found the Rasalhague Regulars decals a bit tough to work with. The 331st worked better, but they didn't have the backing they needed to stand out against the dark green of the color scheme of the Minnesota Tribe.

I tried using some Kanji numbers for the Combine 'Mechs, but it didn't work out and I'll probably come back and use some I-94 Enterprise decals for them at some point, but I was pressed for time.

In short, I liked how they turned out, and they look great for the eclectic sources that wound up making up the combatants.

As for the game, well, things went as historically. I gave the Minnesota Tribe better skills but lighter 'Mechs, and then gave the Combine heavier 'Mechs, but somewhat lesser pilots, but, they had a platoon of Von Luckners and Demolishers set up in Misby Flats itself, so it wasn't all going the Tribe's way.

But, it wound up going their way anyhow.

Both sides tried to turn each other's flank, but the Tribe had more speed, and managed it first, not to mention they killed 11 out of 12 'Mechs. But, they couldn't destroy Misby Flats, as they didn't manage their time right. I told both sides, for each Tribe 'Mech not off the table by Turn 15, the Combine got 5 points each, as that represents the eventual capture by the Combine of a fairly intact Star League-tech 'Mech, as opposed to the wreckage they got in the actual raid.

The end of the game was dramatic, with the remaining Kuritas holing up in a small wood to attempt an all around defense, it didn't work, sadly for them, and while they did gun down three Tribe 'Mechs by game end, and forced a Dervish to withdraw, alas, the score was 19-10 Tribe. (The Combine also got 5 points if the Tribe didn't shoot ANY buildings).

The game was good, solid fun. It needs a bit of tweaking of the map, and I am going to make it 12 turns next time to add a bit more drama, but yeah, I'd run this again.

I'd also like to take this opportunity to thank Dave and Charlie for playing, and The Games Tavern for letting me host this event. I know more of you out there would have liked to play, and I promise, I will run it again, soon!

And here are some game pics: 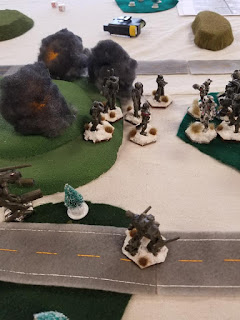 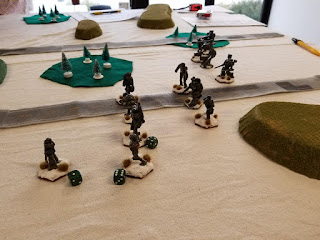 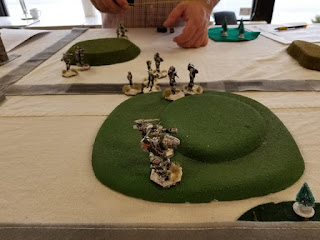 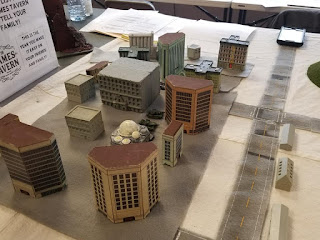 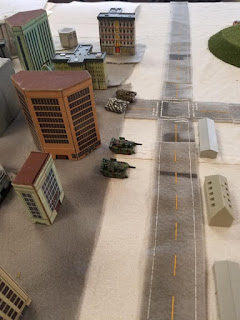 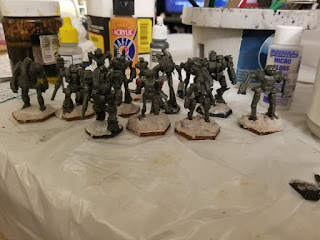 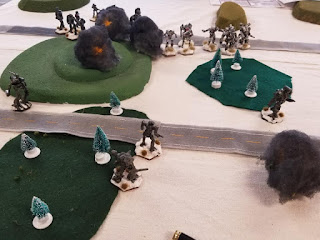 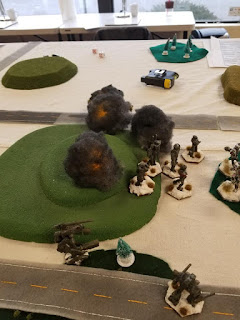 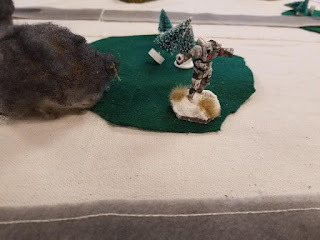 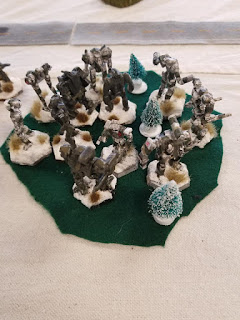 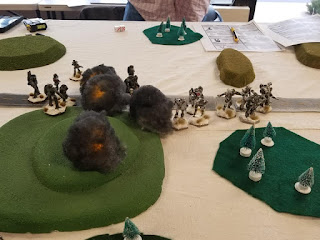 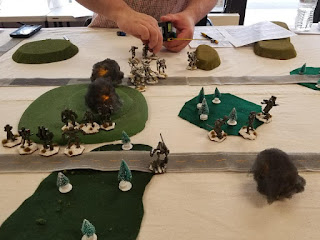 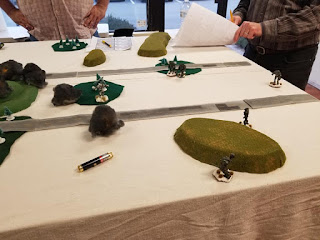